The story of Jesus’ life can be found similarly told in the Gospels of Matthew, Mark, and Luke. In fact, they are so similar in parts, that many scholars believe that one of these Gospels was used as a source for the other two. 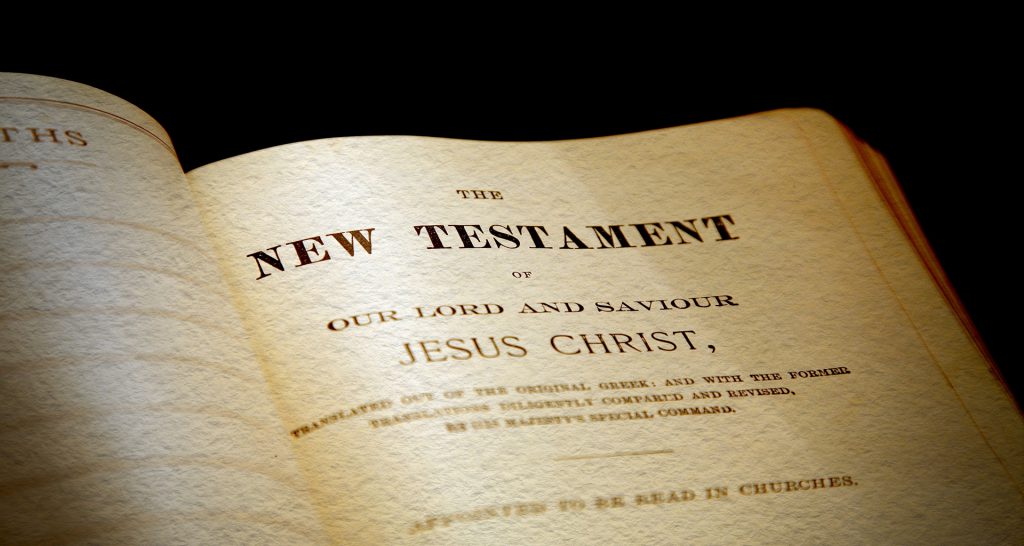 History of the Bible: The Making of the New Testament Canon

Delve into a thorough introduction to key issues in the development of Christianity in this course designed by an award-winning professor.

Before diving into the Gospels, I’d like to first say a word about a historian’s take on theology. Sometimes it’s hard for my undergraduates to understand the difference between an historical approach to the New Testament and a theological approach; so, I try to explain it to them in terms they can understand.

…the historian doesn’t have any particular access to God, only to events that happened in this world.

With that, let’s talk about the Gospels, our earliest accounts of the life, death, and resurrection of Jesus. These four books—Matthew, Mark, Luke, and John—are usually divided into two groups by scholars.

You can put Matthew, Mark, and Luke in parallel columns next to each other and can compare their stories with one another and can see, then, that they’re telling the same story. So, they’re synoptic because they can be seen together.

These three Gospels—Matthew, Mark, and Luke—tell the same basic story about Jesus. In two of them, Matthew and Luke, he’s born of a virgin in Bethlehem.

The gospel of Mark is different, because it begins with Jesus as an adult. But from there on, the stories have very similar outlines. Jesus gets baptized by John the Baptist; he goes into the wilderness to be tempted by the Devil; he comes back; and he begins proclaiming the coming of the Kingdom of God. He teaches the crowds in parables; he performs many miracles, including casting out demons.

Halfway through his ministry, he goes up onto a mountain in the presence of three of his disciples and he is transfigured before them, the Mount of Transfiguration. He predicts that he needs to go to Jerusalem to be betrayed and denied, and to be put on trial and then executed, but that then he will rise from the dead.

He then makes a trip to Jerusalem the last week of his life. He overthrows the tables of the money-changers in the temple and causes a ruckus in the temple, which leads to the anger of the high priest, who decides to have him turned over to the Roman authorities.

He is turned over to Pontius Pilate, who condemns him to death by crucifixion. Jesus then is crucified, and on the third day, he’s raised from the dead.

A Case Of Plagiarism?

The only explanation as to why you can have this word- for-word agreement, in the opinion of most scholars, is that one of these Gospels is being used as a source for the other two. In other words, there must be copying going on.

I sometimes have difficulty convincing my students that if you have three accounts of the same event that are in the same words, somebody has to be copying somebody else.

The way I try to convince these 19- and 20-year- olds of this is, I do this little exercise where I come into class a couple of minutes late to make sure everybody’s there; I fiddle around in front of the class; I turn on the overhead projector; I put down my briefcase; I roll up my sleeves; and I do a few other things.

Then I ask everybody in the class to write down everything they’ve seen me do in the last three minutes. The students, all 400 of them, write down what they’ve just seen me do.

Then, I collect four of the papers and say, “Now, I want you all to do a synoptic comparison. I’m going to read what each of these sources has to say, and I want to know whether you have a single sentence that is exactly like someone else’s.”

So I ask my students, “What would you think would happen if I took up two of these pieces of paper and I had two paragraphs that were verbatim, the same, exactly alike?”

Then I will ask, “Now imagine we didn’t do the writing part of this exercise today. Suppose we waited 30 or 40 years, and, instead of asking you to write down what happened that day in class, I asked friends of yours that you had told about what had happened in class. If I then got two accounts that were exactly the same, what would you assume had happened?”

There’s always some wise guy in the back row that raises his hand and says, “It’s a miracle.” Right. Well, those are the two options, actually: it’s either a miracle, or else somebody’s copying somebody else.

What If It’s a Miracle?

If you explain the similarities on the basis of a miracle, then you have trouble explaining the discrepancies.

What scholars think today is that Mark was the first Gospel written, and that Matthew and Luke both had access to Mark, and used Mark as one of their sources. Matthew and Luke had other sources available to them as well.

Do you think the similarities within the synoptic Gospels are a case of “sharing a single source”, or due to divine intervention? Discuss your thoughts in the comments below…

The Gospel of John Jesus and someone else that are found only in John. For example, there is Jesus’ discussion with Nicodemus in chapter 3, or with the Samaritan women in chapter 4. Many of Jesus’ sayings are found in John, only in John.

These books do not claim to be objective histories; they claim to be proclamations of good news.

The term “Gospel” comes from the Old English word for “good news.” These books do not claim to be objective histories; they claim to be proclamations of good news. In other words, these books are not historically accurate accounts of things that Jesus said and did. These are books that are proclaiming information about Jesus that is meant to provide information needed for salvation. These books are the good news of Jesus’ life, death, and resurrection.

From the lecture series: History of the Bible: The Making of the New Testament Canon
Taught by Professor Bart Ehrman, Ph.D., M.Div.

The Historic Importance of Saint Paul

Saint Paul’s role in the development and spread of Christianity helped define it as a major world religion, instead of a sect within Judaism. Surprisingly, his writings rarely mention Jesus’ teachings at all… […]